Margaret Spellings, president of the George W. Bush Presidential Center, has recently been appointed as the new president of the University of North Carolina system. Bush released this statement:

“Laura and I congratulate our dear friend Margaret Spellings on her unanimous election as president of the University of North Carolina System. Margaret is a strong leader, a role model, and a tireless champion for America’s students. She has been among my most trusted confidants for nearly 20 years, including as my chief domestic policy advisor at the White House and as our nation’s eighth Secretary of Education. She has done a spectacular job here in Dallas as president of the George W. Bush Presidential Center, and our loss is the UNC system’s gain. Laura and I, along with everyone at the Bush Center, are deeply grateful for her energy, smarts, and good humor. We will miss her and we wish her the very best when she heads up to Chapel Hill next March.”

During her time at the Bush Center, Spellings launched the Presidential Leadership Scholars program in 2014, along with her day-to-day duties.

Prior to her position at the Bush Center, Spellings was president and CEO of Margaret Spellings and Company, a Washington, D.C., consulting firm that provided strategic counseling to philanthropic and private-sector organizations. Before that she spent many years on Capitol Hill, where she held a variety of positions during the Bush administration. 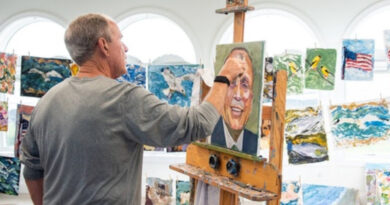