The Lamplighter School was the first in the world to host Lee Berger, the scientist who discovered a new species of human ancestors earlier this month, and his team in their auditorium Sept. 30.

“Dr. Berger reminded our students that there is still more work to do,” Dr. Joan Hill, Lamplighter Head of School, said. “Everything has not been found nor fully understood.”

Berger presented Lamplighter with the first Homo Naledi skull cast discovered, where it will remain on display. 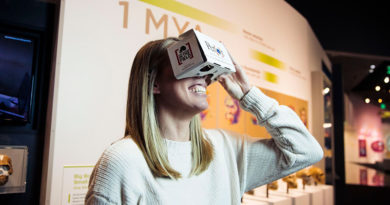