Highland Park has spent the past month preparing for the next two months, by taking on some of the top volleyball programs in the state.

Now the Lady Scots (24-6) will open District 10-6A play tonight when they travel to Richardson Berkner. Last season, HP finished second behind Richardson Pearce in the league standings but still advanced to the Region II semifinals in the playoffs.

HP and Pearce again appear to be the top two teams in the district based on results so far. The Lady Scots won a close match between the two at the Allen tournament on Aug. 22, and they will meet twice more, including the season finale on Oct. 27 at HP.

Meanwhile, the Lady Scots wrapped up the nondistrict portion of their schedule with a pair of road wins, over Rockwall-Heath in five sets on Sept. 4 and Mansfield in four sets on Tuesday.

After today’s match, HP will travel to Mesquite Horn on Tuesday before returning home on Sept. 18 against Richardson. 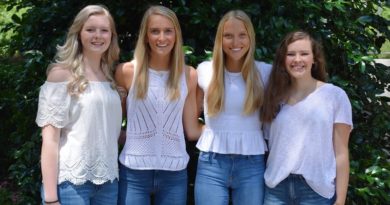 Scots Get Dress Rehearsal for Playoffs