There were days during the summer when Jack Sides would have rather been home relaxing than making the trek to Highland Park High School to lift weights and run conditioning drills.

But he knew that if he didn’t show up for regular sessions with his teammates, his phone would be buzzing in a hurry.

“I knew if I took a day off and didn’t have a good excuse, I was going to hear from about 40 different people,” said Sides, a returning starter at offensive tackle.

Such was the level of accountability that Sides and his fellow team captains established this summer with regard to Performance Course, the summer program conducted annually at HP by veteran strength coach Geno Pierce.

The seven-week course met four days per week, for two hours each day. The average attendance at HP this summer was about 70 athletes, which is a big increase from past years. Eight players attended all 28 sessions.

“We feel like we’ve gotten stronger,” said HP head coach Randy Allen. “They had a great attitude. They got bigger and stronger, and that will make us better.”

HP will start the season on Saturday against Frisco Centennial at the Tom Landry Classic in Allen.

In reality, the Scots couldn’t have asked for much better from their debut season in Class 6A. They were 10-2 overall, including a runner-up finish in District 10-6A, before falling to Waco Midway in the area round of the Region II playoffs.

The move to the state’s highest classification put perennial power HP against schools with significantly larger enrollments, which means their opponents generally have more options in terms of size, speed, strength, and depth.

In other words, the Scots don’t like being pushed around. So this summer, they had some motivation to do something about it.

“There’s always motivation,” Allen said. “The next group always wants to go further than the group before.”

UIL guidelines dictate the HPHS coaching staff is unable to work with the players during the summer. So Allen credited his four senior captains — including quarterback Henry Allen, safety Matthew Barge, and linebacker Hayden Schnieders — for setting a good example by mandating attendance in the weight room.

“They really took a leadership role,” Randy Allen said. “They knew it was important for them to be here. Working out as a team creates unity and camaraderie.”

It also has a more tangible effect on the field, especially in the trenches, where leverage on the line can be linked to a squat or a bench press.

“We want to prove that we can hang with the biggest teams in the state,” Barge said. 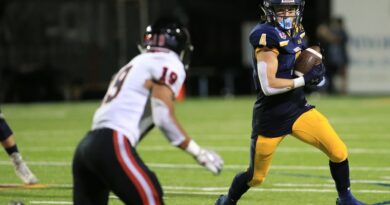 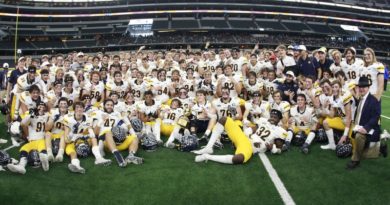