If you need a break after the Dallas St. Patrick’s Day Parade on Saturday, head over to one of the three Olivella’s Neo Pizza Napoletana locations for a chance to celebrate Pi Day.

In honor of this mathematical holiday, Olivella’s will take $3.14 off Roman (Metro) style pizzas between 3:14 and 4:14 p.m. Buon appetito! 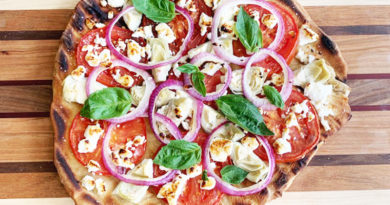