The Preston Hollow resident has spent more than three decades writing music for movies and television shows, which is one of those often unheralded tasks that doesn’t get the credit it deserves. Now she’s ready to raise her profile.

Bloom-Cohen has spent much of her career writing production music, in which case she’s commissioned to write orchestral pieces based on specific themes. That music is added to a library that is available for background use in movies and other media.

“I love writing beautiful, passionate music with a lot of emotion,” she said. “It gives me a lot of freedom as a composer.”

She also has been hired as an orchestral arranger on some projects, including features by prominent directors such as John Landis, John Carpenter, and Andrew Davis; five seasons of the television drama “Dr. Quinn, Medicine Woman;” and a few episodes of “Batman: The Animated Series.”

Bloom-Cohen isn’t well known in Dallas, where she’s lived for only three years. Her name is more popular in Europe, where her music is used most frequently, and in Los Angeles, where she got her start in the business and lived for 26 years.

She is a native of northern California, where her father was a violinist, which explains her affinity for classical more than popular music.

“I started writing music very young. We had classical music constantly in our home,” Bloom-Cohen said. “I was completely immersed in it.”

Bloom-Cohen studied at the University of California at Berkeley before moving to Los Angeles, where she discovered jazz. She began working as a pianist, then as an orchestrator.

She worked under some prominent composers and performed at some hotels and high-profile Hollywood parties, where she began getting inquiries about teaching piano. That launched another segment of Bloom-Cohen’s career that continues today.

“Even when I was busy as a composer, I really had a passion for teaching,” Bloom-Cohen said. “I really have an appreciation for music, and I think I have a gift for imparting that.”

The key for Bloom-Cohen has been a good ear and the ability to improvise, since she didn’t teach herself how to read music until she was in her 20s.

“There are various simple tricks that they can do to sound good,” she said of her students. “You don’t have to be really gifted to employ your creativity and improvise.”

She’s written the score for a few musicals, and her music has been featured on some compilation CDs. Now she’s looking to raise her profile, whether that means new projects or more feature films.

“I’m hoping to finally come out of the shadows,” Bloom-Cohen said. “I love playing, but I was never going to be a concert pianist. Composing is definitely who I am.” 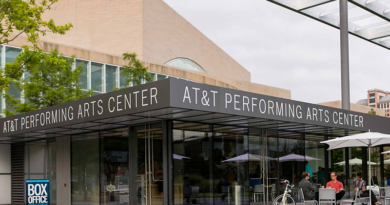