Skip to content
Blog Business Preston Hollow
October 2, 2014 Jacie Scott 0 Comments From The Print Product, Health
The summer of 1984 was one of growth for Dr. Douglas Won. Then a 13-year-old boy, he spent two months by his ailing father’s bedside. The patriarch suffered from a severe spinal infection, undergoing surgery after surgery. He was cared for in a public hospital in Fort Worth. The family did not have health insurance.

Thirty years later, Won is one of the most highly trained spine specialists in the world, committed to employing the most non-invasive methods to treat patients. He was recognized by Becker’s Spine Review as a 2014 Leadership Award winner, one of 17 spine surgeons in the nation to be awarded. To add to his professional accolades, physician review site Vitals.com recently selected Won as one of the top 10 local orthopedic doctors.

Won founded Irving-based SpineCARE, a comprehensive spine center dedicated to providing the most effective solutions to back and neck pain and services in general orthopedics, foot and ankle care, and sports medicine. He is also the founder and chief medical officer of Star Medical Center, a surgical hospital in Plano.

“Today, the hospital system has gotten too corporate and has lost touch with the patients and true mission of hospitals and health systems,” Won said. “We wanted to create intimate, patient-centric centers where physicians have the voice and influence on how we can best care for our patients.”

Won’s dream of improving healthcare began with his parents’ pursuit of the American dream. The Wons immigrated to Irving from Seoul, South Korea, in August 1982, hoping to provide better opportunity for Won and his brother. His parents found work as janitors and went on to own stores in South Dallas flea markets.

“Even after losing everything financially, following my father’s multiple spinal surgeries, our parents never lost hope nor their dream to see their children succeed and reach the American dream,” Won said.

Won graduated from MacArthur High School in Irving and earned his undergraduate degree from Northwestern University. He attended medical school at The University of Texas Medical Branch in Galveston and completed his internship and residency through Washington University School of Medicine.

Won is considered a pioneer in spine care. He’s invented several tools and techniques used by spine surgeons today, including the poly-axial pedicle screw assembly, which permits surgeons to go between the muscles without tearing them.

Won also enjoys sharing his knowledge and ideas with colleagues as a clinical assistant professor at the University of Texas Southwestern Medical School. He’s been called the “doctor’s doctor,” and his colleague Dr. Jay Bhatla agrees with that statement.

“Dr. Won has operated on people from all walks of life, including other physicians and even athletes,” said Bhatla, an interventional pain specialist at SpineCARE.

Won is humbled by his experiences. The summer by his father’s side is where it began, and he makes it known.

“The most rewarding experience is when patients come back to the clinic after surgery with the biggest smiles, and they thank me for giving their lives back. It never gets old,” Won said. “I always go back to the experience I had with my father’s surgery. I share his story with many of my patients.” 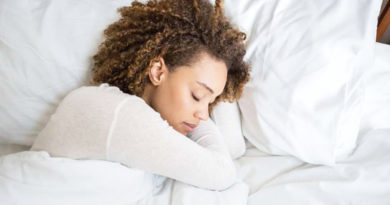