Park Cities resident Allison Hubbard was in Washington, D.C., yesterday as part of a group of more than 600 cancer patients, survivors, and volunteers from all 50 states trying to raise awareness and spur legislative action regarding cancer research and funding — an event called American Cancer Society Cancer Action Network Leadership Summit and Lobby Day.

As part of her visit, Hubbard is meeting with Rep. Pete Sessions and U.S. senators John Cornyn and Ted Cruz, hoping to garner support for an increase in federal funding, as well as endorsement of legislation to help reduce costs and increase quality of life for cancer patients.

“Congress has a critical role to play in the fight to defeat a disease that kills an estimated 500,000 people in America every year. Congress can demonstrate a commitment to the fight against cancer by increasing federal funding for cancer research and prevention, co-sponsoring patient quality of life legislation and eliminating surprise costs for seniors getting colorectal cancer screenings,” said Hubbard, a volunteer for ACS CAN. “Making these lifesaving policies a priority will help to eliminate death and suffering from cancer.”

Specifically, ACS CAN is asking Congress to:

Yesterday’s events culminated with a Lights of Hope ceremony in front of the U.S. Capitol reflecting pool.

The Rotary Club is Out For Blood (Donations) 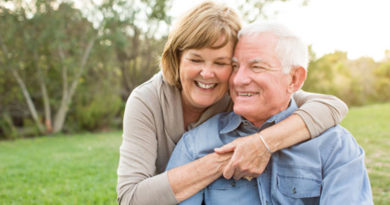 How Deep is Your Need For a Flu Shot?