At 72, Aretha Franklin can still move and groove, as she proved to a packed house during the annual “A Night to Remember” fundraiser on Saturday at the Winspear.

The Queen of Soul performed for almost two hours at the event that was chaired for the third year in a row by Preston Hollow couples Scott and Cindy Coll and Ross and Kara Miller. Honorary chairmen were Annette Simmons and Amy Simmons.

The evening, which began with a candlelight dinner for top donors, raised a record $850,000 for CitySquare, a social-service organization that aims to fight poverty and hunger in Dallas.

Parade of Playhouses To Kick Off at NorthPark 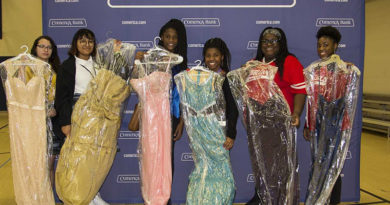