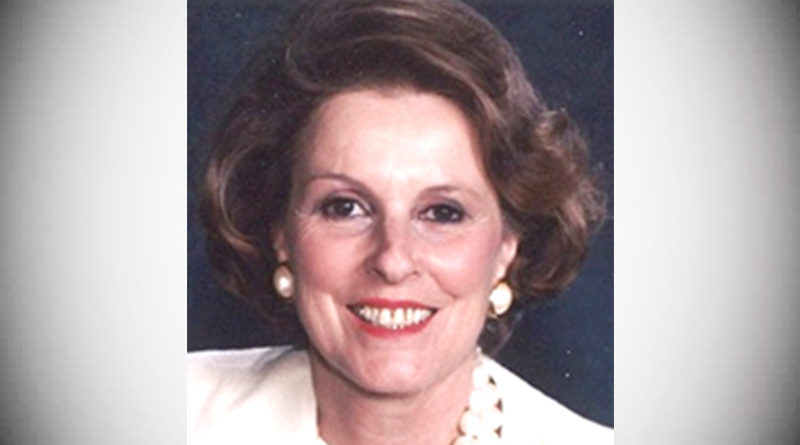 Nancy graduated from Highland Park High School (Class of 1943) and then Southern Methodist University (Class of 1946), where she was a member of Zeta Tau Alpha sorority. Nancy met Frank on her first day at SMU at a mixer. He was an upperclassman attending SMU to expedite his advancement to Baylor Medical School in Houston. It was love at first sight.

From 1951-1953, Frank served in the United States Navy as a Flight Surgeon, and they were stationed in Pensacola and Jacksonville, FL.  In 1953, they returned to Dallas to raise their family.  Throughout her life, she was an active member of the Women’s Auxiliary of the Dallas County Medical Society, Junior Garden Study Club, Dallas Women’s Club, Marianne Scruggs Garden Club, Dallas Garden Club, Dallas Country Club and Highland Park United Methodist Church.

A smart, beautiful and kind-hearted wife, mother and grandmother, Nancy will be greatly missed by all of those whose lives she touched.  A private family burial was held Saturday, July 19 in Groesbeck, Texas. A celebration of her life will be held Saturday, July 26 at 10 a.m. in Cox Chapel at Highland Park United Methodist Church.  A reception will follow in Fellowship Hall.