SKULDUGGERY OF THE WEEK: No Safe Keeping

Between 1 a.m. and 12:30 p.m. on June 29, a thief entered an unlocked home-office door at a house in the 2900 block of Fondren Avenue and stole a safe containing a $10,000 Tiffany platinum engagement ring and two Breitling watches with a combined value of $9,000. The miscreant also purloined a $4,000 Macbook Pro laptop computer and $100 worth of office equipment.

Between 4:15 and 8:30 p.m., a vandal keyed a red 2014 Lincoln Navigator in the 3300 block of St. Johns Drive. Later, a teenager riding in a white BMW convertible yelled an insult directed at the son of the Navigator’s owner while passing the house. The convertible was subsequently stopped in the 5400 block of Abbott Avenue, when the boisterous 15-year-old admitted she was upset at the son of the Navigator’s owner, who was her ex-boyfriend, for a disparaging social-media post. She said the driver of the convertible was her current boyfriend. Both the driver and passenger were released at the scene. 24 TUESDAYAt 4:43 p.m., a thief stole a $1,000 Stihl chainsaw from a construction site in the 5000 block of Douglas Avenue. The perpetrator fled in a gray Ford Ranger with a red tailgate and an Air Jordan decal in the rear center window. Between 1:57 and 11 p.m., a thief stole two Carrier exterior air-conditioning units, with a combined value of $7,000, from a house in the 4600 block of Edmondson Avenue. A suspicious green 2006 Chrysler 300 was spotted leaving the area earlier in the day, when two damaged refrigerant lines were found in a nearby alley. 26 THURSDAYAt 6:15 a.m., Martin Moreno, 49, of Dallas was arrested at the intersection of Maplewood Avenue and Cambridge Avenue on a public intoxication charge. At 3:45 p.m., Robert Anderson Stovall, 38, of Dallas was arrested in the 4400 block of Westway Avenue on a charge of possession of drug paraphernalia. 27 FRIDAYAt 2:58 p.m., a resident of the 4700 block of Bowser Avenue reported the theft of a MMI Tactical gun-cleaning kit, a TENS muscle-stimulating unit, two Xbox video games, and some blank checks, from his house while he was out of town on May 26-27. His live-in girlfriend at the time had invited two friends to the house during his absence, one of which has a lengthy criminal record. 28 SATURDAYBetween 9:50 and 9:55 p.m., a robber stole an iPhone 5S from a woman walking in the 5100 block of Sewanee Avenue. A Hispanic man approached her and said “give me your money” while holding something in his right hand covered by a burlap cloth, and pointing it at her head. She surrendered the phone and the robber fled in the backseat of a car. The woman was not injured. At 10:20 p.m., a thief stole a purse containing an iPhone 5 and a set of car keys, with a total value of $1,000, from a black 2014 Mercedes E350 at Highland Park Village. The larcenist asked the driver for directions and likely stole the purse while the driver was distracted, then fled in a blue SUV. 29 SUNDAYAt 11:39 p.m., Jaron Taylor Pryor, 21, of Dallas was arrested in the4200 block of Oak Lawn Avenue on a charge of possession of marijuana.

23 MONDAYBetween June 20 and June 23, a burglar broke into a gold 2007 Cadillac Escalade in the 4300 block of San Carlos Drive and stole the third-row seat, valued at $1,500. During the same timeframe, a burglar broke into a silver 2013 Escalade in the 4200 block of San Carlos Drive and also stole the third-row seat. In both cases, the thief broke the rear-window lock on the vehicle. At 3:50 p.m., two thieves tried to cash a pair of forged checks at Wells Fargo Bank in Miracle Mile. Daniel Paul Douthitt, 41, and Anthony Lee Vegas, 23, of Dallas were each arrested on a charge of forgery of a financial instrument. At 4:04 p.m., a woman reported the theft of four lighters, valued at $1,000, along with a $200 pair of earrings and $100 worth of silverware while she was moving on June 21 in the 3800 block of Amherst Street. 24 TUESDAYBetween 11 p.m. on June 21 and 9 a.m. on June 24, a thief stole two copper downspouts, valued at $1,000, from a house in the 3800 block of Marquette Street. Between 7:30 and 9 p.m., a thief stole a $200 iPhone 4 from the desk of an employee in an office building in the 6400 block of North Central Expressway. 26 THURSDAYAt 12:50 a.m., Merrie Nell Spence, 37, of New York was arrested in the 6400 block of Hillcrest Avenue on a charge of driving while intoxicated. Between 10:30 a.m. and noon, a thief entered an unlocked black 2014 Mini Cooper in the 3500 block of Westminster Avenue and stole a $3,000 Macbook Pro laptop computer, $630 worth of electronic accessories, a $50 Messenger purse containing a $50 wallet and a $50 Coach coin purse, and $50 worth of movie passes. 27 FRIDAYAt 2:30 a.m., Stephanie Sargent, 41, of Lewisville was arrested in the 4500 block of Mockingbird Lane on a public intoxication charge. 29 SUNDAYBetween 5 and 9 p.m., a thief stole a $60 Under Armour backpack containing a $2,000 Apple laptop computer and $1,400 worth of computer accessories in the 6600 block of Airline Road. The owner of the bag left it in the alley while loading a truck and forgot about it.

Due to a records system change in the records at the Dallas Police Department, Dallas reports are unavailable this week. We are working with DPD to obtain relevant incident reports and hope to resume providing them soon. 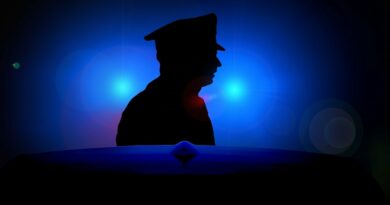 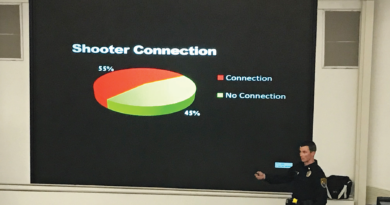