As St. Monica Catholic School teacher Sally Reilly sits in her classroom, images and drawings of Mickey and Minnie Mouse surround her. She wears a hair bow on top of her head, glasses with red rims, and homemade bows on her tennis shoes.

A student pops in to say hi. “She’s in the third grade,” the fifth-grade teacher said. “They’re funny.”

At a school with about 850 students, everyone seems to know Reilly — partly because she’s been there more than 50 years.

An alumna of Highland Park High School and SMU, she obtained a degree in English with a teaching certificate in 1960. Immediately after graduation, she landed a job at St. Monica, teaching all subjects to a homeroom of 48 students.

She grew up with a teacher in her own home — her mother. Reilly said because of that, she always wanted to teach.

“I really feel fortunate to get to do something that I really love doing,” she said.

Reilly’s gratitude for teaching increased after she was diagnosed with cancer in 2007. It’s not something she likes to make a big deal of. In fact, she speaks softly when talking about the illness and its effects — for example, it caused her to take a six-month break from teaching.

“I’ve never been sick a day in my life,” she said.

Chemotherapy also took a slight toll on her. It ruined her feet, causing her to get rid of the cute flats she said she used to sport.

Now, she wears athletic shoes. But to put her own spin on the everyday necessity, she added a bow to each foot.

“After [cancer], it’s really like, ‘Oh, my gosh,’ she said. “You more appreciate what you have, which I always liked it, but I appreciate it more.”

And her students appreciate her, too.

Educating at the private Catholic school for more than five decades, Reilly has taught at least two generations within some families. At least three of her students in her homeroom class now have parents that Reilly taught.

Billy Tullis is one of them. Reilly was his teacher in the 1980s, and she had his oldest daughter two years ago. Now his middle child is in Reilly’s homeroom.

He said even throughout the years, Reilly has remained the same woman and educator who dresses “cute and crazy.”

“What makes St. Monica so great is the community,” Tullis said. “And selfishly for me, I had a great childhood growing up in Dallas and going to St. Monica, so I wanted to give my children the same thing.”

“The nicest thing a school can have is people who went here who support it,” she said. “It’s great for me because it’s fun to see [the students] and their parents and what they’re like. It’s all good. I think that’s one of the things I like about here. It’s very family-oriented and the whole family gets involved.”

Reilly has experienced world-changing events in front of children, including the Kennedy assassination on Nov. 22, 1963, and the terrorist attacks on Sept. 11, 2001.

“Everyone had a different emotional reaction,” she said about Sept. 11. “Some people got real quiet. Some people cried. Some of them just prayed. It was indescribable to watch it in person.”

But even with the challenges that teaching young people brings, Reilly said she has no plans on retiring anytime soon.

She said she’s lucky to have a career she loves as much as she does. She points to a poster of a Walt Disney quotation a student had printed for her classroom.

“All our dreams can come true, if we have the courage to pursue them,” it reads. 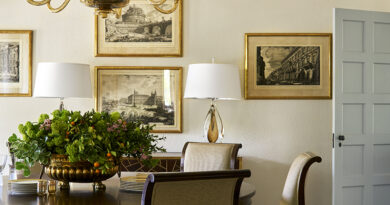 Careful Use of Antiques Can Add Charm Without Dating a Home 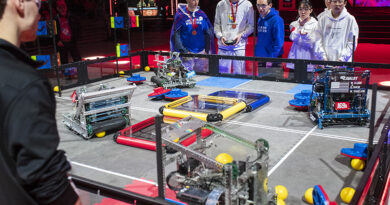 What’s a Not-So-Little Competition Between Robots During a Pandemic?