The town of Highland Park wants its residents to know that it is possible to conserve water and still maintain those perfectly manicured lawns for the neighbors to envy.

And to prove that point, the town is using itself as the guinea pig.

“I think this community can use a lot less water and remain the gold standard in terms of beauty,” said HP Mayor Joel Williams. “It’s just going to take a different mindset.”

With drought conditions keeping lake levels low and affecting water supplies throughout Texas, the pressure continues to rise on municipalities and property owners to restrict their water usage.

HP officials think residents should do their share in a town where 96 percent of water usage is residential, and the bulk of that is spent on irrigation.

“We want to improve water efficiency,” said Ronnie Brown, director of town services. “Public education is the emphasis. We can have attractive lawns and still save water.”

For example, Highland Park Department of Public Safety officers have started issuing door hangers when they see violations of the town’s conservation guidelines, such as broken sprinkler heads, time-of-day watering restrictions, or leaking irrigation systems that cause water to flow on to public sidewalks and streets.

“We haven’t seen very many. We do the education first before we do any kind of enforcement action,” said HP public information officer Lance Koppa. “There’s a general tendency for irrigation systems to run slightly longer and more frequently than they have to. That’s part of that education component. They can usually achieve the same goals with less frequency and duration.”

Koppa said the irrigation message is coupled with a warning about mosquitoes, that overwatering of shaded areas can become an insect breeding ground.

He said HP also is contacting its top 25 residential water users to encourage efficient usage. The town is inspecting all new residential irrigation systems, although older ones are grandfathered in, and suggesting more efficient equipment in some cases. Homeowners have been generally receptive so far, he said.

Meanwhile, the town has aggressively started to curtail water usage in its parks through the use of historical data, “smart meters,” and more precise nozzles. Brown said that strategy has reduced water usage in one park by 60 percent.

HP is experimenting in other ways, as well. The town is altering its plant selection in public areas to include more adaptable flowers and fewer high-maintenance plants such as azaleas.

“We have to look at drought-tolerant plants that use less water,” said town administrator Bill Lindley.

The town recently approved a horticultural consulting agreement with the Dallas Arboretum that began by reviewing the contents of the display beds at Flippen Park. In all, parks comprise about 20 percent of the land in HP.

“If we’re going to ask the residents to make sure they’re not overwatering, we want to make sure our irrigation systems are kept up,” Koppa said. “As time has gone on, it’s really become a topic in the forefront. It’s not something we can get away from. We’re all going to have to make this adjustment.”

Koppa thinks that just as HP sets a benchmark for other communities in terms of its landscaping, it also can establish a standard for conservation.

“It’s a real issue for everybody. We have to do our share,” he said. “We want the town to set an example.” 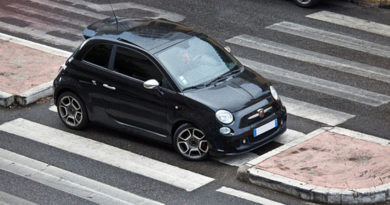