Even framed by the lofty standards of the St. Mark’s photography program, Sam Eichenwald’s achievements in a recent competition deserve notice.

The sophomore entered 25 photos in the annual City of Richardson Photo Contest, and 21 of them were honored in the student division, including nine victories. He even swept first and second place in four categories: architecture (black and white), children (color), humor (color), and photojournalism (black and white).

His first-place picture in that last category — of his mother, Theresa, looking out a window while undergoing chemotherapy — was named the best photo overall in the student division.

The same picture has since earned Sam “best of show” honors in a statewide competition called the Third Floor High School Shoot-Out. Meanwhile, he’s been accepted to a summer photography program in Europe by National Geographic.

Sam got passionate about taking pictures as an eighth-grader, when he was accepted into the St. Mark’s photography program.

“Ever since then, my instructor, Scott Hunt, he’s just been pushing me and my classmates to do overall better photography,” the Preston Hollow resident said. “It was really difficult at first, but also really fascinating. But I stuck with it, and I got past the most difficult parts, like learning the techniques, and now I’m producing at a higher rate than I was.” 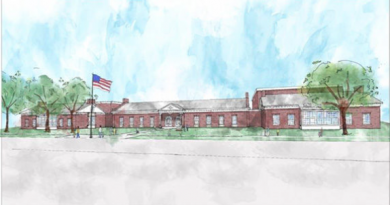 Board Zeroes In On Two-Story Hyer