I’ve met both Asher Meyer and Ford Alley, whose respective fathers — Morgan Meyer and Court Alley — are running for the Republican nomination in Texas House District 108 (along with the childless Chart Westcott). I know these boys are two distinct and separate individuals. But if I were just your average Park Cities voter receiving these fliers in my mailbox, I might think the Meyer and Alley campaigns had hired the same young model for their photo shoots. 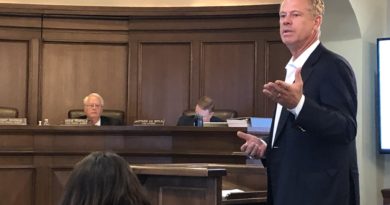 Community League Slate Wins in UP

All Candidates Answered Our Questionnaire