ALLEN — Another week, another offensive powerhouse stifled by the Highland Park defense.

On Monday, the Scots held off a second-half rally by Wylie for a 27-14 victory in the Class 4A Division I Region II final at Eagle Stadium.

A week after shutting out high-powered Mansfield Legacy in the regional semifinals, the Scots (13-1) held Wylie to a season-low point total in their 13th consecutive win overall.

The Pirates (9-5) managed just two touchdowns — one on a long passing play, and the other after a blocked punt set them up at the 3-yard line — but didn’t reach the end zone with a sustained drive all night.

“I couldn’t be more proud of our defense,” said HP head coach Randy Allen. “They just showed up and made big play after big play. They just fight hard and they never give up.”

The HP offense was inconsistent but made it share of plays, with Brooks Burgin accounting for two early touchdowns and Cole Feigl providing some insurance with a 55-yard scoring run in the final minutes.

Even with an interception return for a touchdown by Mitchell Kaufman, the Scots were limited to their lowest scoring output since the season opener against Aledo.

HP began with a 70-yard drive on its opening possession, capped by a 12-yard touchdown run by Burgin.

The Scots responded on defense by squelching a scoring opportunity for the Pirates with consecutive sacks, including one by Andrew Frost on fourth-and-10 from the HP 35-yard line.

Despite taking over near midfield, HP committed its only turnover of the game four plays later, when Wylie’s Kameron Kelly intercepted a Burgin pass at the Wylie 14. It was the only interception thrown by Burgin thus far in 113 postseason attempts.

The Scots regained momentum in the second quarter, when Burgin rolled to his right and found Campbell Brooks for a 15-yard score, stretching the advantage to 14-0.

On the next Wylie possession, Kaufman recovered a fumble near midfield, but the Scots couldn’t capitalize.

Instead, Wylie bounced back with its biggest play of the game, a 75-yard touchdown pass to Kelly from Carsen Cook that closed the gap to 14-7.

With the offense sputtering, the Scots responded with a big momentum swing just before halftime, when Kaufman picked off a Case pass and returned it 40 yards for a score with 1:12 remaining before halftime.

“We’re really coming together right now,” Kaufman said. “We’ve got a lot of players on defense, and we’re happy to get after it.”

In the second half, the Scots again struggled to move the ball, managing just 14 yards of offense in the third quarter. Midway through the quarter, the Pirates blocked a punt and recovered the ball at the HP 3-yard line, setting up a Kelly touchdown two plays later.

However, the HP defense turned Wylie away on the remaining five drives, three of which reached HP territory.

Feigl finished with 119 yards rushing on just 11 carries, with almost half of those yards coming on his 55-yard game-clinching scamper with 2:55 to play.

“They shifted the momentum, and we didn’t get it back until the end of the fourth quarter,” Allen said. “Sometimes when you’re struggling and you’re not in rhythm, you have to find a way to get a touchdown, and our guys found a way.”

With the Wylie rushing game ineffective for much of the game — averaging less than 3 yards per attempt — Kelly finished with six catches for 121 yards to lead all receivers. He also accounted for both Wylie touchdowns.

Guyer (12-2) defeated Birdville 53-28 on Monday and has won 12 straight games. The Wildcats lost to Cedar Hill in the season opener and had to forfeit a win over Colleyville Heritage the following week for using an ineligible player. 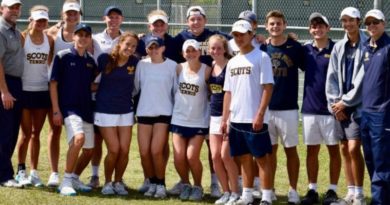 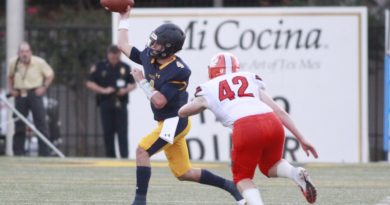 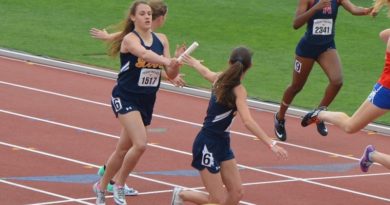 One thought on “Scots Get Defensive in Win Over Wylie”