The Saint Michael Preschool’s 1.3-acre slice of heaven opens this Sunday just in time for its annual Trunk or Treat Halloween celebration.

“The playground is similar to Coffee Park,” Saint Michael spokesman Lowell Duncan said. “It has the cutting-edge playground equipment for children ages 2 to 5.”

But what, exactly, is cutting-edge playground equipment?

“We really wanted to do something that tied in the kids’ sensory needs and physical needs that aren’t on the normal playground in Dallas,” said Katie Riley, director of the preschool. “Some of these things include hills and spinners, texture, and all different types of equipment that address things that kids don’t see every day.”

Previously, the preschool students played on two older playgrounds that were intended for smaller children. The new playground was built on land north of the church building, which was purchased five years ago and was formerly occupied by apartment buildings.

“Before, there wasn’t any where to run or roll or do cartwheels,” Riley said. “This playground is going to give kids the opportunity to have lots more room to run and lots more room to let physical energy out.”

The funds for the playground were raised through the annual “Chairish Our Children” event, when parents bid on youngster-sized desks and chairs in a silent auction. In one night, they were able to raise more than $134,000. Additional funds came from the Saint Michael Foundation, the Moody Foundation, and the Corrigan Goddard Foundation.

The Sunday opening is in conjunction with the “Trunk or Treat” celebration, during which parents will pull their cars into the north parking lot and pass out candy and goodies from their trunks to children dressed in costumes. The celebration will begin promptly at 10 a.m., when Father Greg Pickens will bless the new facilities. 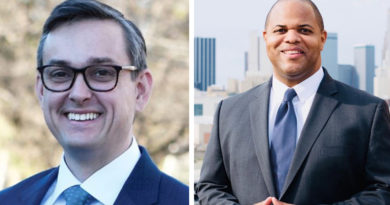 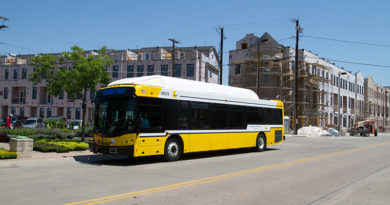 The Man Who Won’t Just Give DART a Plan 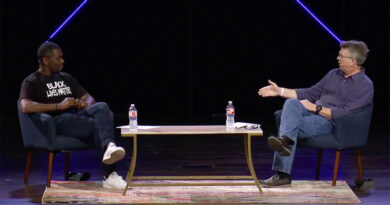