The Highland Park Town Council surprised retiring finance director Bill Pollock this morning with framed copies of proclamations approving his first budget and his 33rd (and final) budget. Technically, the latter budget was not approved until this morning, days after the proclamations were framed.

“I signed this last week in anticipation of its approval,” Mayor Joel Williams said. “Had it not been approved, it would have destroyed our little ceremony.”

Pollock pointed out that the other proclamation was signed by town attorney Al Hammack’s father, John, who was Highland Park’s mayor from 1980 to 1984.

“Don’t blame me for the $534 million we’ve spent since then,” Pollock joked.

As Sarah reported last week, the town has hired Steve Alexander — a former city manager in Greenville and Copperas Cove — to replace Pollock.

“He has a large hill to climb to beat your record, Mr. Pollock,” Williams said.

Park Cities Trivia Ups the Ante With Tickets to “Tommy Tune: Steps in Time” at the Music Hall 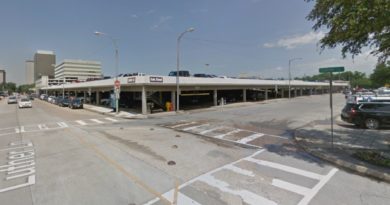