I don’t think anybody has ever called me an ‘athlete’. I almost didn’t graduate from both high school and college because I failed to fulfill the required P.E. credits. So when I told my friends I signed up to play in a flag football game, they thought it was a joke.

While my participation in the Blondes vs. Brunettes powder-puff football game may be. . . well, just a little bit funny, the worthy cause that the event raises money for — Alzheimer’s Disease — is not. In the past five years, BvB has raised over a million dollars for the Alzheimer’s Association Greater Dallas. My maternal grandmother, Mertie Goss, suffered from the disease for three years, which is one of the reasons I was so passionate to get involved. It also just looks like a great time.

Last night I had my first team practice for the Bru Crew — aka the Brunette team. Since I have small hands and even smaller athletic skills, it was quickly determined that I was better suited for  defense. I’ll be attending weekly practices until game day on August 17, so hopefully my skills will improve. Last night’s practice left me incredibly sore and covered with mosquito bites.

The ladies who make up the Bru Crew are impressive. While quite a few of them are rookies like me, this isn’t their first flag football rodeo. The majority of these lovely ladies play on multiple flag football teams during the week, along with volunteering for other charitable causes, and having successful careers. We’ve all heard that blondes have more fun, but after our practice, I think brunettes have more athletic prowess.

While it’s too late for you to join the teams, there are still ways you can help out with fundraising. Donate to a player, attend one of the many fundraising events, or buy a ticket to the big game. This year’s goal is $350,000, which can easily be reached with your help.

I’ll be blogging about this worthy cause all summer, and covering the game on August 17 from the field. If anybody has any advice on how to work up my skills, (please) let me know. That way when I say “put me in the game, Coach!!’ I won’t be embarrassing myself.

Run With Villalba in ‘Fired Up 5K’ This Sunday 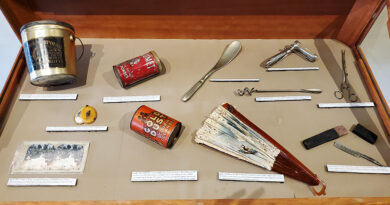 ‘This is Dallas’ Explores Histories, Contributions of the Disenfranchised