After earning a share of the District 10-4A title by blanking Terrell, 8-0, on Friday, the Highland Park baseball team won a coin toss with co-champion Forney for playoff seeding.

Highland Park will carry a nine-game winning streak into the postseason. The Scots have also won 13 of their last 15 games. The Eagles lost their last two games and finished fourth in District 9-4A. 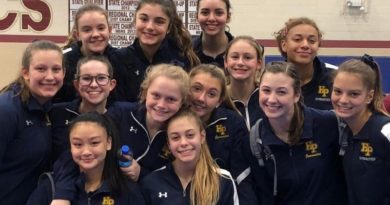