More than 3,000 SMU alumni, students, faculty, and staff were celebrating the upcoming debut of the George W. Bush Presidential Center today when the facility’s namesake made a surprise appearance.

“You see a guy who’s grateful, really grateful, that the current leadership of SMU and the Board of Trustees made it possible that Laura and I could build the Bush Presidential Center here on this campus,” Bush said, according to an SMU press release. “Today is a day to give thanks, and I’m the most thankful person here.”

The Bush Presidential Center will be dedicated Thursday, when the nation’s four other living presidents — Jimmy Carter, George H.W. Bush, Bill Clinton, and Barack Obama — are expected to attend. 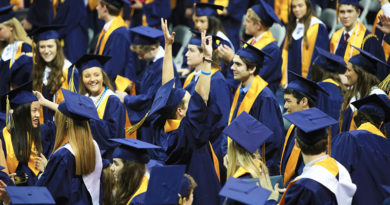