On Tuesday night, a committee tasked with researching Highland Park High School’s disputed GPA policy — and suggesting changes, if any, to admin and the school board — had some news to share.

After months of consideration, the group of parents, school employees, and students focused on just one official policy change, and it seems relatively minor: they recommend that a handful of middle-schoolers taking higher-level classes (math, historically) at the high school should be able to get GPA credit for their work. Because the same students generally go on to enroll in college courses while still at HPHS — and said courses don’t affect high-school GPAs — any advantage would come out in the wash, as group member Carolyn James noted.

More research is needed for overarching questions such as which courses should be numerically exempt from transcripts, the committee explained. Meanwhile, the volunteers never reached consensus about whether transfer students should be eligible to become valedictorian or salutatorian. Tradition merits that they can’t, but not one of the 23 other school districts being studied for the GPA project has that rule. Actually, many deem that two consecutive years at a given high school, rather than four, constitute enough time for a kid to prove his or her chops.

Trustees could vote on the middle-school/high-school idea as soon as their May board meeting. And in short, the committee’s work is hardly finished. As HPHS principal Walter Kelly figures, the whole endeavor “will take a couple, three years of continued study.” 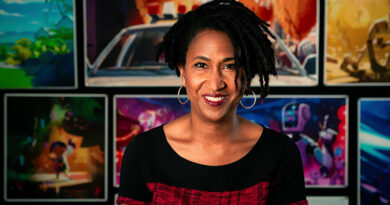 2 thoughts on “GPA Group Reports Back to HP School Board”