At around 1 p.m. yesterday, the owner of a party-rental company was setting up for a party at a home in the 4500 block of North Versailles Avenue. After hauling deflated bounce houses into the backyard, she left a large, four-wheeled dolly next to her truck. When she came back to the truck just five minutes later, however, the dolly was gone.

The owner says the dolly weighed about 75 pounds and could have easily been put into the bed of a pickup by one guy.

Did anyone witness the swift drive-by dolly snatching yesterday? I guess it’s fortunate that the dolly was stolen after the bounce houses were unloaded, or else there would have been a lot of unhappy neighborhood kids. 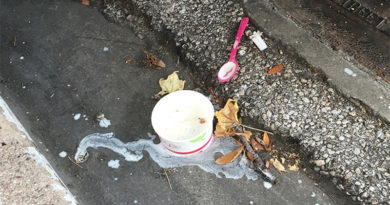 Want to Purchase a Photo?