I’ve heard of mock NFL Drafts, but yesterday was my first encounter with a mock National Signing Day. As high school seniors across America autographed their letters of intent, ESD football coach Clayton Sanders tweeted pictures of himself with 13 juniors on his team. Each kid was holding up the name of his preferred university, with choices ranging from UCLA on the West Coast to Miami on the East Coast. Sanders billed the whole thing as the “Mock” 2014 National Signing Day. This morning, he tweeted congratulations to the players and added, “You dreamed big. Now you have a year to make it a reality!”

Update: According to Football Scoop, the event was a surprise for the kids. 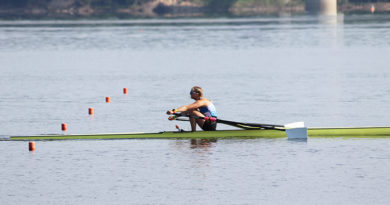