As I mentioned here last week, I’m going to start posting some of the most entertaining incidents from our weekly police blotter. As always, the full report can be found each Friday in the paper, but this should give you an idea of what to expect.

At around 1 p.m. on Jan. 28, a thief walked into Walgreens in the 3700 block of West Northwest Highway and helped himself to 20 cartons of cigarettes – worth more than $1,000. Interestingly enough, he did try to actually purchase some cigarettes from the store earlier that day, but his credit card was declined so he returned to steal them. I’ve never smoked, but apparently that addiction is real.

Around 5:15 p.m. on Saturday, a burglar stole a $400 Juicy Couture diaper bag from a Cadillac SUV at El Fenix in the 6800 block of West Northwest Highway. Two questions come to mind: 1. A diaper bag? Unless it was filled with really great loot, times must be hard for thieves if diapers and wipes are commodities, and 2. A $400 diaper bag? I guess if you can, why not?

At around 5 a.m. on Monday, a burglar stole 395 packs of cigarettes with a total worth of more than $2,300 from CVS in the 8300 block of Westchester Drive. The miscreant also stole three alarm clocks, presumably to ensure that he is on time for his next crime.

My personal favorite this week involves numerous packages of Rogaine being stolen by a (possibly balding and self-conscious) man, but you’ll have to wait till Friday to read about that one in the paper! 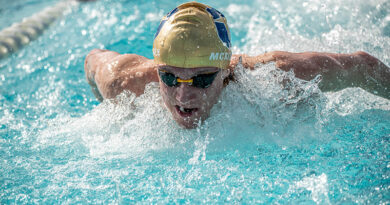 In the Pool or Online, Jesuit Swimmer Goes the Distance 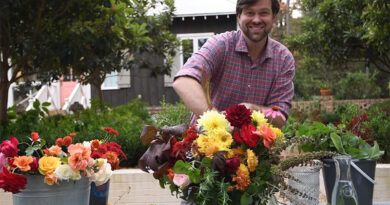