One of the most puzzling crimes in the country’s history is that of the abduction and murder of Charles Lindbergh’s infant son. For years the case stumped police, and finally Bruno Richard Hauptmann was electrocuted for the grisly crime. But was he really the killer? Or was he an accomplice who ended up paying with his life for a crime that was committed by several people?

After finding a story about the case in a magazine in 1963, Long-time North Dallas resident Eugene C. Zorn Jr. became convinced that the crime was committed by a former neighbor of his. On his deathbed, he made his son Robert Zorn, a former Park Cities resident, promise that he would solve the case. After years of research that included trips across Germany and the US, Robert Zorn did exactly that. You can read about his findings in Cemetery John, which exposes the true mastermind behind the crime. 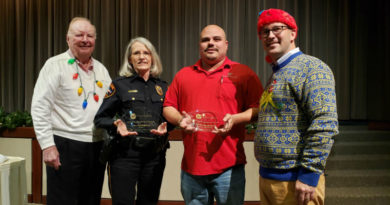 UP Employees Recognized During Luncheon