Highland Park baseball coach Fred Oliver will be inducted into the Texas High School Baseball Coaches Association’s Hall of Fame at a banquet at 7 tonight in Waco.

Oliver was inducted into the fifth class of the National High School Baseball Coaches Association’s Hall of Fame in 2011. He was head coach at Plainview, Lufkin, and Lubbock Monterrey before taking over the Scots in 2009. In his three seasons at Highland Park, Oliver is 82-28-1. 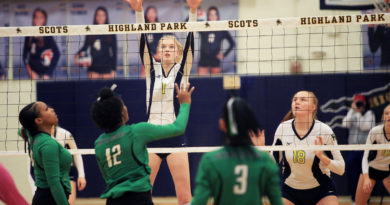 Experience Should Lead to Spike in Success for Lady Scots

One thought on “Oliver Going Into THSBCA Hall of Fame Tonight”