Two weeks ago, I met with University Park dad Jarrett Kovics to struggle alongside him at the CrossFit Katy Trail on Travis Street.

But I didn’t show up to work on my body image. Nor was I there to write a story about ways to blast the soon-to-be-weight gained by Thanksgiving.

I was there to write about a man taking on an incredible challenge for orphans in Costa Rica.

Following a Highland Park United Methodist Church mission trip to Costa Rica, Kovics, 38, decided he wanted to do more than he could with a hammer. He then set out to find a race that would be the fuel to get the $100,000 it takes to run a Methodist Children’s Home in the country for one year.

Instead of the adhering his cause to likes of the New York Marathon or a local 10K, Kovics, much to chagrin of those around him, settled on was has been labeled one of the toughest footraces in the world.

For months, he’s been prepping for the 155-Mile Atacama Crossing desert race in northern Chile in March. The seven-day race is touted for its difficulty as competitors shuffle through “the driest place on earth” — a land high above sea level and filled with treacherous terrain.

It’s a part of the 4 Desert series, a set of races held in four of the most well known deserts in the world. While this story is on newsstands, there are 49 people making their way across Antartica.

The task is daunting. But Kovics has been training tirelessly on top of being a businessman, husband, and father to three boys.

Those interested in sponsoring Kovics’ run through the desert can donate here.

For more on the race, his training habits, and support base, pick up this week’s Park Cities People. 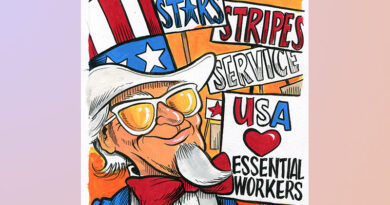 Congratulations to the 2020 Coloring Contest Winners