A woman was assaulted on the Katy Trail Sunday morning when a man grabbed her from behind, according to NBC-DFW.

Anna Chrysikopoulos said she was on the trail near Airline road around 9 a.m. when a man tried to wrap his arm around her. She felt like he was trying to take her away and luckily she managed to get out of his grip and scare him off.  The puzzling fact is that she said the man looked as if he had been out the night before.

The trail isn’t without its faults; it’s just barely been seven months since police caught a suspect for the string of robberies that happened in May. 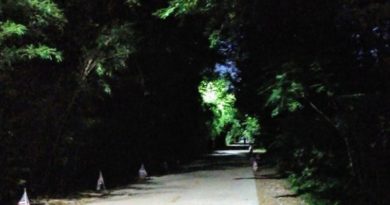 Watch Out for Knife-Wielding Robbers on Katy Trail