Highland Park resident Deedie Rose teamed up with Preston Hollow’s John Eagle in hopes of presenting the Museum Tower Situation (yes, it gets a capital S) in a new light for a Dallas Morning News opinion column. IMHO, this excerpt serves as the duo’s one-two knockout punch:

The Nasher, which continues to operate without city funding, has drawn visitors from around the globe and has been a catalyst for more than a billion dollars of additional investment in and around the Arts District, including Museum Tower. Here is the great irony: Museum Tower is destroying the very institution from which it derives its name and value, and would never have been conceived or built but for the existence and quality of the Nasher.

As a whole, the article is a call to arms of sorts. Purportedly among the fix-this-now ranks: Mary McDermott Cook, John Dayton, Bess Enloe, Nash Flores, Jeremy Halbreich, Howard Hallam, Marguerite Hoffman, Caren Prothro and Howard Rachofsky, and more than a few commenters.

Your turn to weigh in. Do you agree that the louver solution would provide a glaringly obvious fix (pun intended) to the Situation, or should the Nasher be the one to make a few changes? 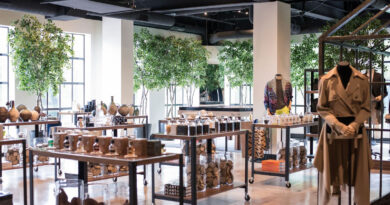 The Legends of Preston Hollow