That’s what it took for Hockaday junior Miranda Ferguson to secure a Guinness World Record.

According to Fox4, two officials from the Guinness Book of World Records watched and counted as Ferguson over-shadowed the previous record of 32 by three. All in all, she bounced a total of 70 yards on Friday during the halftime show of their match against St. Mark’s.

As I can only do one, I tip my cap to this tumbler. 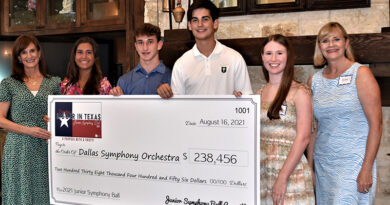