The Highland Park Town Council this morning approved an ordinance prohibiting anyone from operating a pedicab business within the town’s borders. The move came after the town received at least one application to operate such a business, presumably during the Christmas season.

“We just didn’t see that there was a crying need for these types of things in our community, as a business, on top of what’s already here,” Mayor Joel Williams said.

What’s already here, during the holidays, are horse-drawn carriages. The council discussed amending the ordinance governing those, but no official action was taken. Pick up this week’s paper for more details. 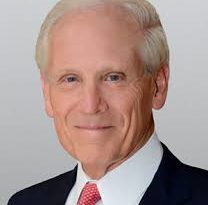