“You are not here for a luncheon,” guest speaker Don McPherson said over the clatter of cutlery at today’s Texas Trailblazer Award Luncheon benefiting The Family Place.

Instead of promoting a one-time donation, McPherson encouraged daily dialogue about domestic violence and the degradation of women, which he labeled “an infection.”

As an example of this infection, the former professional football player recalled how he considered “you throw like a girl” to be the worst of all childhood insults. He then challenged listeners to instill strength in the next generation of men without playing upon perceived “weaknesses” in women, such as emotion and sensitivity.

“I’m not going to challenge my son by degrading my daughter,” McPherson said.

McPherson closed by encouraging attendees to maintain an ongoing relationship with The Family Place and other organizations seeking to administer aid to victims, and ultimately, to end domestic violence.

“Stop the infection – join the conversation,” he said. 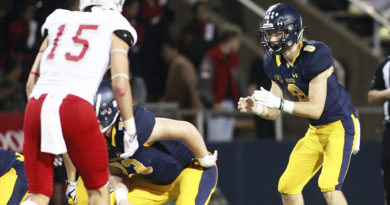