University Park spokesman Steve Mace said the city collaborated with Dallas and Highland Park fire departments to fight a 2-alarm fire at 4436 Glenwick Lane. Mace said the call came in around 11:30 a.m., when the owner returned home from the store to find smoke billowing out of the roof. She called 911 and firefighters responded immediately. There were no injuries reported, but Mace suspects the smoke, flame, and water damage to the home will be substantial.

“Firefighters did an excellent job of fighting the fire and knocking it down,” Mace said, noting that the home to the east was unaffected by the flames.

UPDATE: Both families —the home was a duplex — will be displaced, according to UP Fire Chief Randy Howell. At the scene, firefighters carried out bags of clothes and memories as neighbors milled about. The smell of fire hung along Glenwick more than an hour after the fire was extinguished by 25 firefighters. – Bradford Pearson

Alexa, What’s Up at City Hall? 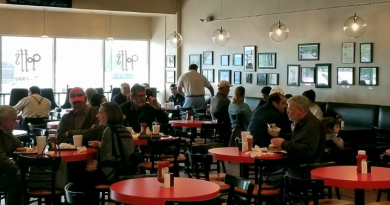