The hospital is under construction now, but will replace the 50-year-old St. Paul University Hospital, which will remain operating until Clements opens in 2015. Gov. Clements donated a whopping $100 million to the university in 2009, which is being used to help construct the $800 million, 460-bed hospital.

“Governor Clements’ only instruction when he made this remarkable gift more than two years ago was that it be used for something that would have a transformational impact on UT Southwestern,” said Dr. Daniel K. Podolsky, president of UT Southwestern, in a press release. “We were deeply honored by his confidence and are now pleased and proud to name our new hospital in commemoration of a true Texas giant, certain that it will have the transformational effect he envisioned.” 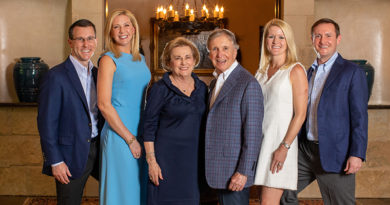