Highland Park native Nicole Stewart last graced our pages in Jan. 2011, after she and a friend launched Nouveau 47 – a series of live, stand-up-style events featuring autobiographical snippets from real people – at Fair Park.

Well, the program took off — so much so that Stewart (who happens to be the granddaughter of lauded art patrons Henry S. and Juanita Miller) and co-producer Lacy Lynch had to haul in extra chairs for a second showing last February December.

She’d changed the company name by then to Oral Fixation, and the venue to The MAC. Tuesday’s program starts at 7:30 p.m., with something of a racy prompt for participating speakers.

In Stewart’s words, because she has a way with them:

This theme, “One Night Stand” features several stories on what-you-might-think as well as some very interesting takes on the theme.  I actually have a young woman telling a story about her nightstand! And another about an unforgettable night in the Sudan. It should be a provocative and moving evening. 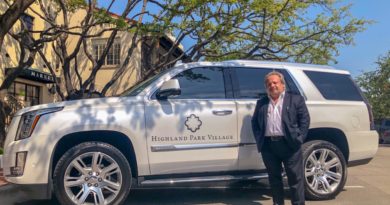 Say ‘Welcome’ in Any Language to Village’s Chauffeur