Because Highland Park’s varsity hoops teams both have playoff games tomorrow night, I’m going to cover high school basketball for the first time since 1998. While sports editor Chuck Cox follows the Scots all the way to Prosper, I’ll be with the Lady Scots in Frisco. I did two things over the weekend to prepare for this assignment.

First, I attended the Lady Scots’ win over Carter — barely. Sorely underestimating the speed of a high school girls game, my sons and I walked into the gym 45 minutes after the tip. There were only 2.5 minutes left in the game. From the Koller family’s perspective, the highlight was running around on the court after the final buzzer.

Second, as part of our new “Little Big Leagues” series, I covered a Spring Valley Athletic Association game featuring the Spartans, a team of Park Cities fourth-graders. Assuming high school girls move faster than elementary school boys, I’ll have my work cut out for me tomorrow. Pick up a copy of Friday’s paper to see how I do. 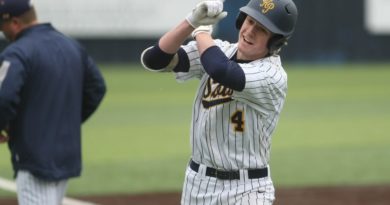 Scots Clinch 11-5A Title With Shutout

One thought on “Bear With Me, Lady Scots Fans”