Guard Tanner Stone, who is set to sign his national letter of intent with Duke on Wednesday, was named to the third team. The other five Scots — quarterback Brady Burgin, defensive back Mark Gottsacker, running back/kick returner Preston Miller, wide receiver William Morris, and linebacker Mason Shaw — were all honorable mention. 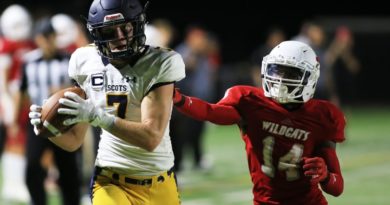 Chris Kaman Could be Your Neighbor

Wick Allison to Speak at PHPC