Christmas came early at my mother’s house, so that her three sons could all be with our wives’ families on the actual holiday. Each son, daughter-in-law, and grandchild had a stocking on Mom’s mantle, and one of the treats inside mine was this fourth edition of The World’s Best Texas Trivia. Most of the stockings had items in common, but Mom figured that only her son who edits Park Cities People would be interested in a trivia book edited by one of the newspaper’s founders, Kirk Dooley.

(By the way, let me reiterate that Kirk last wrote for this newspaper in 1982. Just this morning, a reader was trying to convince our receptionist that his column occasionally appears in our pages. Not true. Kirk plies his craft in The Dallas Morning News and its affiliate, NeighborsGo.)

Kirk packs a lot of humor into these pages. For example, the first question I read when I randomly flipped open the book was “What is the largest mammal in Texas?” The first of the four multiple-choice options was “Dirk Nowitzki.” And this fourth edition must be hot off the presses; the second question I randomly found was “What was a major reason for Texas A&M leaving the Big 12?” 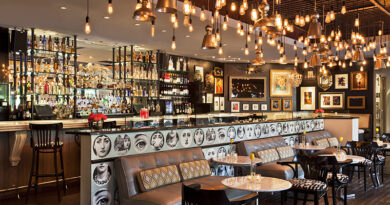 You Asked, We Answered

7 thoughts on “Here’s a Trivia Question: Who Edited This Book?”