Former Episcopal School of Dallas teacher J. Nathan Campbell will not have his day in court for another month. The original date of his pleading for the felony charges of improper student-educator relationship and sexual assault was Aug. 4. This was delayed to Aug. 11 and now an “announcement” is scheduled for Sept. 13.

Campbell’s attorney, Mark Nancarrow, said the delayed proceedings have nothing to do with his client, who has been ready to plea since August. The District Attorney’s office changed prosecutors on this case, which Nancarrow attributed to the fact that the original attorney went into private practice. Nancarrow said there isn’t likely to be a decision on Sept. 13, as it is not a sentencing hearing but merely an announcement. 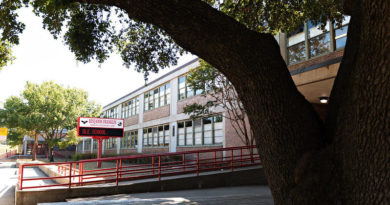