State Rep. Dan Branch, R-University Park, was recognized in Texas Monthly‘s Best and Worst list as an ace legislator. The mostly glowing review of Branch’s work included nuggets like this:

Branch will never be one of the more popular members. His role is that of a man apart, like a senator in the House. He represents Highland Park, one of the wealthiest areas in the state, and, like [House Speaker Joe] Straus, he is just too smart, successful, and straitlaced to be one of the boys. Political savants have long believed that he harbors ambitions for higher office, presumably attorney general. 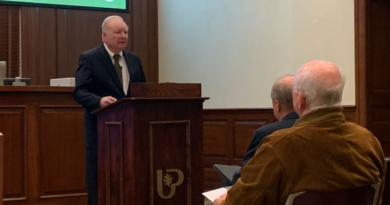