In 1999, Kristen Bankhead attended the La Fiesta de Las Seis Banderas gala, seated all the way up at the front. She was the 7-year-old girl surrounded by coloring books as her mother, Margie, spent the day scurrying about as chairwoman. Kristen’s escort was a pack of crayons.

Now, 12 years later, she finally gets a shot at taking a dip.

“From the beginning of when we were selected, through all of the events we’ve gone to, this has been a bonding experience for both of us,” Kristen, 19, said. “We were already really close, but we’ve just gotten to spend a lot of time together.”

By the time Margie was named chairwoman in 1999, she’d already worked with La Fiesta for 10 years, climbing through the allocations, underwriting, and social chairs along the way. Since 1989, the only years she hasn’t served the event in an official capacity are 2004 ­— when daughter Kendall was a duchess — and this year. The positions were a time commitment, she said.

“It’s pretty full-time, but it’s all very much worth it,” Margie said. “It’s amazing to see how strong it is and how big the organization is now compared to when it was just getting started and people really had to say, ‘Now, what is that again? I don’t really know what that is.’ ”

As a child, Kristen would tag along with mom to the office, listening in while Margie shoehorned table arrangements or tweaked guest lists. She said watching her mother’s involvement over the years not only heightened her interest in La Fiesta, but also gave her a wealth of knowledge that many of the other duchesses weren’t privy to.

“Well, I’ve known what was coming for all of the events,” Kristen said. “It’s definitely been good to see both sides; it’s made it a lot easier.”

And while La Fiesta has not been around long enough to feature any second-generation duchesses, the Bankheads are not the first family to contain both a former chairwoman and a duchess. Connie O’Neil led the event a few years back, and her daughter Isabel is a duchess this year; Margie had already served as chairwoman when her daughter Kendall attended as a duchess in 2004.

After all the hoopla and decadence die down, Kristin said she’ll be happy just have to attended.

“I think I’ll remember putting on the dress and getting to see everyone else’s dresses on,” the SMU sophomore said. “I can’t wait.”

ALSO IN THE NEWS …
On Jan. 30, more than 150 HPHS students were arrested at a party in Deep Ellum. Each of the students — including those who were not drinking — were suspended from three extracurricular events or games. The immediate impact was the loss of 10 basketball players for a game against West Mesquite.

On June 17, we reported that Highland Park Presbyterian Church was accused of concealing the molestation of a group of young girls by its former reverend, William Pruitt. The investigation ended when Pruitt died later the same year.

On Aug. 18, two Bradfield Elementary students surprised a burglar in their classroom when they walked in on the thief stealing a boombox. The man threw the boombox out the window, then fled with cash and a checkbook out the door. The lesson? “Never talk to a bad grown up,” one of the second-graders said.

On Sept. 19, Mary Beth Richardson was murdered in her Colgate Avenue home. Her husband, Patrick Timothy Richardson, is serving a 60-year sentence in Beaumont for the killing.

CHANGES AT THE TOP
HPHS head football coach Scott Smith resigns to take a job at Baylor. This opens the door for Randy Allen, who became the winningest head coach in school history last season. 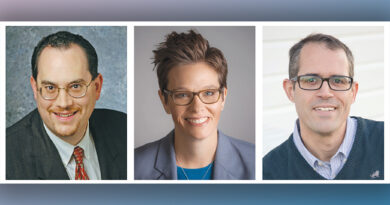 Happenings On the Hill

By Law, These Actors Got Diverted From The Stage