So what became of her?

“Actually, she’s still about a size zero,” said lifelong friend Elizabeth Modory, “and as pretty on the outside — and the inside — as ever.”

A mother of two and a returning college student, Ruebel lives in Aspen, Colo., with her husband, Darin, and teenagers Haley and Ian.

As for the tiara hoopla, it stopped short after Miss Teen All American. “It was never my passion in the first place,” Ruebel said. “It was my mother pushing me into all that.”

Isabelle Cottingham died of cancer in 1994. Ruebel’s father and brother, Jim and Thomas, were killed in 1981, when their small plane crashed in Mexico — just weeks before the big pageant that essentially sparked Margot’s career.

“She was there all by herself in Florida when she won,” said Darin, describing his wife as a shy, limelight dodger who “didn’t want anyone to know. It’s such a strange story, but she did it for her parents, for her dad.”

The next few years would be “chaos,” said Margot. “Just a very tough time.”

“I’ve had a wonderful adult life,” she said, a grin in her voice. Modeling may have been a reluctant gig at first, “but I did it for 15 years, and it took me all around the world: Paris, Tokyo, Chicago, New York, L.A. …”

Even as a teenager, “I’d be going to class in my preppy little skirt on Monday, then jetting off first-class to go stand under some waterfall in Jamaica on Tuesday,” remembers Ruebel, who relays her stories with a tone that’s still incredulous — more like an observer than the star. “I thought ‘Man, this is pretty fun.’ Of course, then they call you at 4 in the morning.”

A summer in Europe and a stint with the Ford Modeling Agency in New York turned into an adventure of its own, with her being one of just a few models picked to live with industry executive Eileen Ford. Ruebel went on to live on the West Coast, working for hotshot talent agent Michael Ovitz.

Darin, who owns an oil and gas company, also hails from Highland Park.

“You know how you can know someone your whole life, but not really meet him until later?” Margot asked. “That’s what happened with us.”

Well beforehand, she said, “I remember being set up with him twice in deb season. I’d open up the invite, see his name, and go, ‘Oh, gross. He’s so model-y!’ Of course, he might have been saying the exact same thing about me.”

Fast-forward to the early 1990s. Both were in Dallas at the time, and their longtime mutual friend, photographer Amy Fleck Simmons, needed male and female models for a shoot atop a parking garage in the Mockingbird Station area. The rest was history.

“We all wound up going out for hamburgers or something later,” Margot said. They’ve been married 21 years.

As for life after Highland Park High School, Miss Teen All American attended the University of Texas at Austin, and is now taking online classes from Dallas Christian College toward a bachelor’s degree in ministry and leadership. She’s not certain how she’ll use it, Ruebel said, but she’d like to get into nonprofit work.

As for her wild and woolly younger years, “I feel like I was in the right place at the right time,” she said. “The best word I can think of to revert back to that time is ‘big.’ My life was really big back then — much more so than it seems now.”

She’s glad she ran with it.

“When you’re young,” said Ruebel, “you’re immature. You don’t know the opportunities you have are as good as they are — until you don’t have them anymore.”

ALSO IN THE NEWS …
The first edition of Park Cities People was published Sept. 3, but many Highland Park residents didn’t get a copy. A Department of Public Safety sergeant missed a memo and told our carriers they “had five minutes to get out of Highland Park.”

On Nov. 11, a mother’s car was hijacked on Amherst with her 8-month-old son inside it. The car and boy were found safe five hours later. Inell Sutton was convicted of aggravated kidnapping the following May. She was sentenced to 10 years in prison.

CHANGES AT THE TOP
On Nov. 17, Gov. Bill Clements appointed University Park resident Craig Enoch as the presiding judge of the 101st District Court — at the tender age of 31. Enoch would go on to serve as a Texas Supreme Court justice for 11 years.

Lanning Named Teacher of The Year by PC-TAG 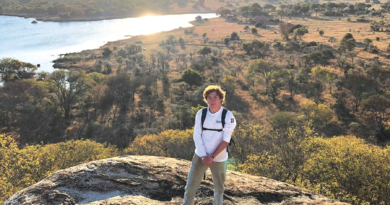 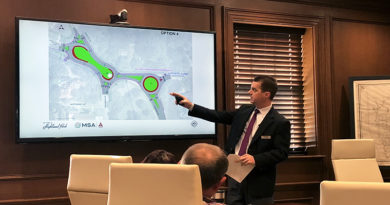