The University Park Police Department was in total butt kicking mode at Highland Park Middle School this morning. They were there, in the rain, with three lit up squad cars parked along Granada blocking areas that parents often use to stop illegally and let kids out. AND, there was not a crossing guard at Granada and High School, instead there was a uniformed officer directing traffic. There were 2 more officers running the queue lane.

I visited with one of the parent volunteers this morning. He said he counted three tickets issued by police but there was no penalty for the dad who refused to move up in the queue lane when asked by a volunteer and then by an officer. When he finally did pull out of the lane, the dad sped off, drenching the volunteer and several kids nearby. 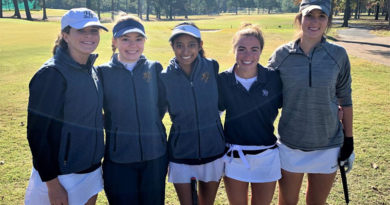 Seeing Greens: Lady Scots Drive With Experience on the Links

UP Has More Rich Folks Than HP

26 thoughts on “Cops Take Over at HPMS”