The bride graduated from the First Baptist Academy in Dallas. She received her Bachelor of Arts in international affairs and politics from Vesalius College in Brussels, Belgium. She is currently pursuing a Master of Science in social work at Columbia University in New York City.

The groom graduated from Cistercian Preparatory School in Irving. He received his Bachelor of Science in aerospace engineering from the University of Virginia. He is currently serving in the United States Air Force.

The wedding is planned for Jan. 8, 2011, at Church of the Incarnation. 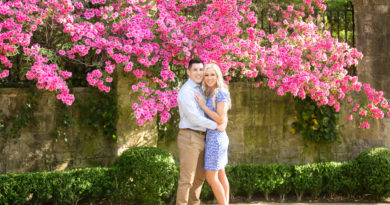