After Monday’s first round of the Class 4A Region II girls golf tournament in Denton, the Highland Park Lady Scots are in second place with a 337. Frisco Wakeland is in first place after shooting a 331, while Rockwall, one of HP’s District 10-4A foes, is just one stroke behind the Lady Scots at 338.

The top two teams and top two individuals who are not part of a qualifying team qualify for the Class 4A state tournament May 10-11 in Austin.

Callie Scheffler led the way for HP in the opening round with a 77. That put her in a three-way tie for third place.

The Lady Scots will be teeing off in less than an hour at Robson Ranch. 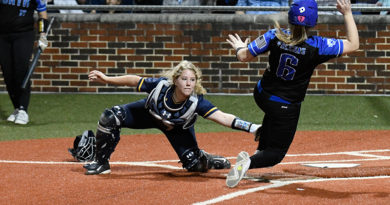