After some snow flakes fell earlier today, it looks like the weather is going to hold up for the beginning of the Fred Oliver era for Highland Park baseball.

The Scots are slated to open the season against Duncanville at 4:30 p.m. at Scotland Yard.

Oliver takes over for Sam Roberson, who coached the Scots for three seasons and was relieved of his duties on May 26, 2009. Roberson was 91-32 at HP.

Oliver came to HP from Lubbock Monterrey, where he went 218-130-1 as head coach of the Planismen. He has a career record of 486-277-1, which included a stint at Lufkin. Oliver has led three teams to the state tournament — two at Lufkin and one at Monterrey.

The Most Patriotic House in The Park Cities 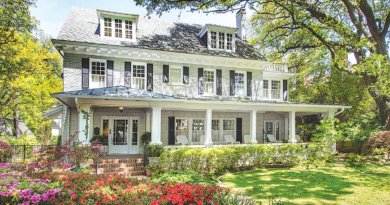 House of the Month: 4012 Miramar Avenue

2 of 3 Suspects Caught After Armed Robbery

One thought on “Chilly Opener on Tap for Scots”